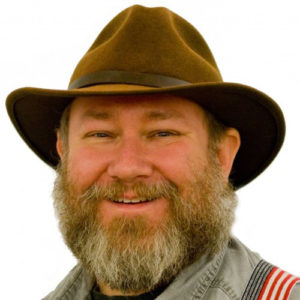 Dr. Ernest Adams, it is a real pleasure to be in touch with a person so experimented in video game industry as you are.
You worked at “PF Magic” back in 1992 and started coding the game 3rd Degree and then, you went to Electronic Arts working on Madden NFL series.
Thank you for taking a little of your precious time for us.

For those who don’t know who you are, could you please make a short resume of your actual work?
I’m currently a university professor in the Department of Game Design, Uppsala University, in Sweden. But most of my career has been in the industry. I started as a programmer at a small Silicon Valley startup, and then I moved to Electronic Arts. I was in the California office for 7 years, first as a programmer and then as a game designer, audio/video producer, and writer. My work there was on Madden NFL and related products. In 1999 I moved to EA’s office in the UK. I worked there on  a couple of products that were cancelled by the marketing department, unfortunately. In 2000 I became independent and did game design consulting for a variety of companies, as well as teaching and writing. I’ve written six books and many articles about game design.
I am also the founders of the International Game Developer’s Association.

Congratulations for this fact!
How did you entered into the game industry?
I was a programmer in the electronics industry in Silicon Valley, but I worked on games at home. I saw a job offer and applied. I took the games I was working on to the interview and got the job. 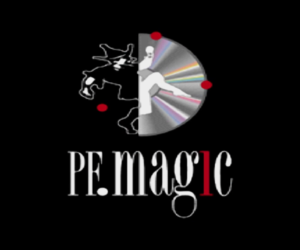 And into the CD-i titles development?
The owner of our little company found out about CD-i and wanted to get into it. He knew that American Interactive Media, which was the company founded by Sony/Philips to promote CD-i, had a lot of money to make games with. So he got the contract for our work.

We all know your participation into 3rd Degree game in 1992, but for people that never played this game, can you talk a little about it, from the programmer view?
How many people was involved?
I was the only programmer on 3rd Degree, until I left the company and another programmer took over. The game was a multiplayer party game aimed at adults and teenagers. The game would show you an embarrassing situation and then you would try to predict what another of the players would do in that situation. If you guessed right, you got points. We couldn’t use video, but we used slide shows with good quality photography, which was unusual at that time.

I didn’t know anything about the real interior workings of the CD-i player, so we used a library of routines called Balboa from a company called Viridis. They enabled me to read the data off the CD and so on without having to write assembly language.

How long this game took to be made? What was your budget and did you finished it over or above this budget?
I’m not sure… it was a long time ago. I think about a year. Besides, I left before it was finished. I suspect it went over budget, but I never had anything to do with the money. 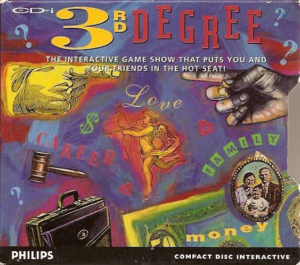 Is there something you wanted to add into the game that you couldn’t due to system limitations?
Witch was the difficulties found, the limitations of the system?
We designed the game around the system limitations, so that wasn’t a big program. I wish the machine had more RAM. The dev kit had 2 MB, but the released machine only had 1 MB. That was a nuisance. It would have been great to do real video, but it would have cost a lot more. It would also have been better if it had more than one controller.

You worked on “Dungeons & Dragons” (D&D) in 1991, only a few people know about this project.
Could you please explain what it is?
D&D never got beyond the concept phase. It was just an idea. We didn’t have the D&D license, and we never actually wrote any code. You would play the role of a single adventurer in a dungeon. We were going to use the machine’s ability to display high quality still images. I looked at how swordfights are filmed for the movies, checking camera angles and things like that, to see how we might photograph the fights.

Did you got a testable demo of “D&D”? Any screenshots or artwork?
No demo. The only artwork was a storyboard created by my partner, Michael Becker, but I’m sure he didn’t keep it.

How did you made those games?
I mean any authoring tool?
Coding in 68000?
I wrote in C and linked in the Balboa library, as I described in an earlier answer. I can’t remember much about the authoring environment. I seem to recall that I worked on a Macintosh, but that’s all. I’m not an assembly language programmer, which is unfortunate because the 68000 is a nice architecture.

Is there any project for CD-i that never started?
We abandoned the D&D project because we were really too busy with 3rd Degreeto start another project, and in any case I think AIM didn’t want to do a license deal for the name.

You wrote several books, did you wrote a book specifically for CD-i programming?
I am asking this due to the conference you gave in April 1992 at the 6th Computer Game Developers (CGD) with the theme “Programming the CD-i Player”.
No, I wasn’t writing books back then. And I don’t write programming books. My books are about game design. I did give a lecture about it, though, and it was pretty well attended–about 75 people.

The people present in this conference was all interested into the CD-i titles development?
Any know companies or developers?
They were all interested in optical media development (CD-ROM), whether it was CD-i or anything else. It was new at that time and had a number of limitations that programmers had to plan for, like a very slow read rate. So I mostly discussed the issues related to the CD drive. I know that Electronic Arts was there, because the guy who hired me into EA was at that lecture.

In 1995 you gave another conference related with interactivity, this time the theme was “The challenge of the Interactive Movie”.
This one was also directed to the CD-i games (and other platforms using Full Motion Video (FMV)?
This wasn’t about FMV specifically. It was about interactive storytelling, and the fact that the term “interactive movie” was very popular at that time, with games like The 7th Guest and others. But the lecture was a theoretical lecture about game design, and about what “interactive movie” really means.

Games made by Capdisc like Mad Dog McCree™ series, Crime Patrol series and other movie shooting games was related to this conference?
This wasn’t a CD-i conference, but a general developers’ conference. We had talks on many subjects. Most of them were not related to optical media machines.

Did you own or used to own a CD-i player at home?
If yes, can you tell us which model(s) and accessories?
Any games or movies?
I never owned a CD-i player of my own. I bought a used copy of 3rd Degree, but I never actually played it, because I have no machine to play it on.

You may have heard about the Zelda’s, Link and Mario games for so many reasons, what is your point of view about these games?
That’s too general a question! You have only named Nintendo games, and I can say that I think they are always very well made, with beautiful artwork. Shigeru Miyamoto is a very talented man.

Did you follow the CD-i timelife over the years? What is as developer, your opinion the hardest CD-i game or title ever made?
What is for you the best and the worst game on CD-i?
Sorry, as I said, I never owned one and never played any other games for it, even my own once I left the company. When I went to EA I went into PC programming and never looked back.

What CD-i should had to be a better game console at that time?
It was far too expensive and the idea that it could be a general-purpose entertainment machine was innovative but ultimately a failure. They should have concentrated only on games, and kept the price down.

How difficult is (I am talking in the present because the system still exist) to program a CD-i title (game or multimedia)?
I didn’t think it was that hard, but we weren’t really pushing the machine. No 3D, no fancy animation. Our game was really very simple. I don’t think I would want to program for it again. I’m used to having more memory!

As programmer of many platforms, how many years do people have to wait until the source code of a game can be accessible to other companies or for fan to create new levels or maps of there favourite game?
A large publisher such as EA or Nintendo will never, ever release the source code for a game. They just consider it too valuable as a matter of principle. But smaller companies, such as ID Software, might do so after 10 or 20 years–for example, they made the original Doom available.
Most modern games permit fans to create new levels or maps immediately, or within 2 or 3 years. That’s how they keep the game in the public’s mind.

In the early times of CD-i, EA was interested into CD-i, but for some reasons they jumped out of the boat. Do you heard anything about it?
Yes, there were two reasons they abandoned CD-i. The first and most obvious was that EA’s founder, Trip Hawkins, was setting up 3DO to make its own console that would compete with the CD-i player. EA was committed to supporting the 3DO Multiplayer, and it didn’t want to support both. Second, they thought that the CD-i Player would be unlikely to succeed in the market and wasn’t worth the money needed to research it and develop games for it. They were right about this (They failed to realize that the 3DO Multiplayer would also fail.).

A CD-i demo called “Welcome To Electronic Arts”, from 1988 exist. You had to rescue the CD-i team from being turned into female androids. EA founder Trip Hawkins and the CD-i dev tool Demulator II appears on a magazine to prove it. Did you knew this?
Nope, I’m sorry, I never saw the CD-i demo. But I didn’t start work at EA until 1992, by which time they had already abandoned the CD-i Player (I think) and were concentrating fully on the 3DO. 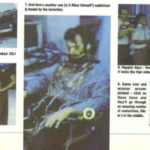 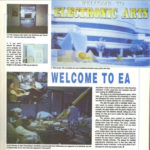 Thank you very much Dr. Adams, it was a plaisure for me.
Dr. ErnestAdams was interviewed by Omegalfa on 10th September 2018.

Here is a paper, Programming the CD-i player Ernest Adams wrote when he was programming 3rd Degree and kindly offer to us.
He kindly

You can visit Dr Ernest Adams website at: http://www.designersnotebook.com/ 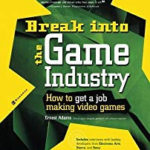 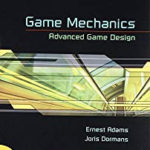 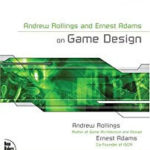 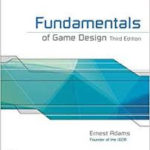 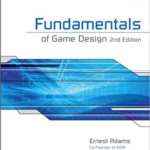 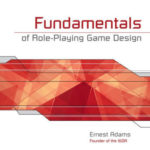 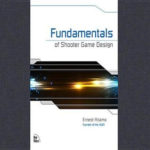 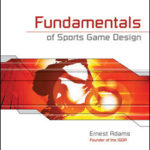 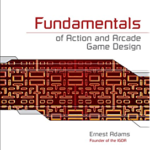 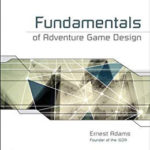 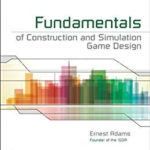 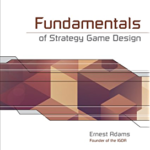 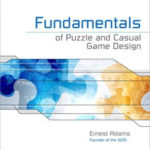 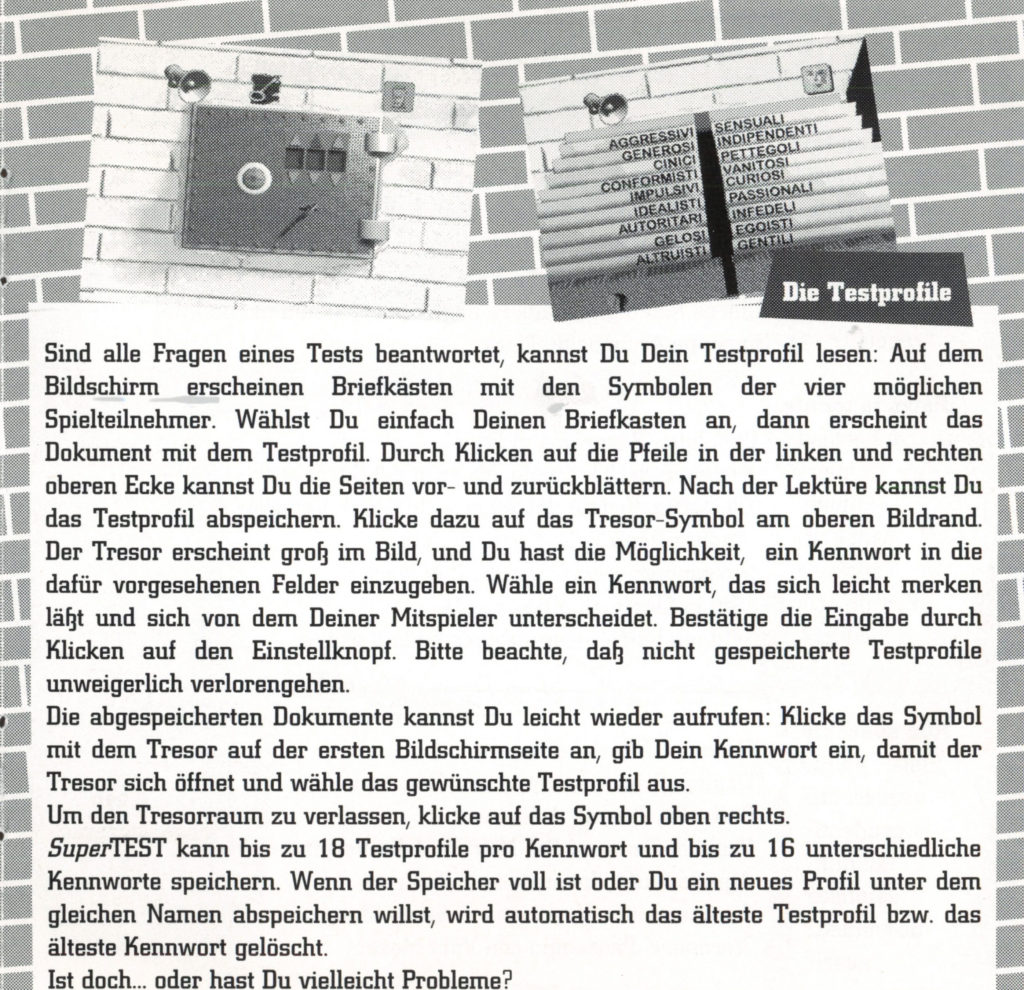