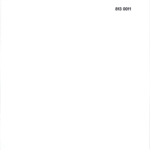 Looking for info about a CD-iby rosewoodCan you please post screenshots of the General Options/Copyright a … Read More3 days ago, 3 Replies

[MAJ 30/11] List games with langu …by minimorpheethank you very much for your help ! I updated the file! On the ot … Read More3 days ago, 2 Replies

[BUY] Somes games (If possible in …by minimorpheeHey Alan, Thank you for your answer ! Regarding the list, it is … Read More4 days ago, 4 Replies

In focus: The Kyocera Pro-1000s C …by Alan_CDIZoneOne of the hardest CD-I players to find, and very easy on the eye, … Read More3 months ago