Good Evening Mr. Olivier Raoul,
I know you have a very busy agenda and so, let me thank you for this very precious time you are according to us.
Before anything, let me make a short presentation to our readers about you and your work on CD-i along the years.
You worked at TF1, a French TV channel since 1992 to 2002 passing through several departments along the years.
You was the chef of the team who worked on “Le Journal Interactif ’94”, “Le Journal Interactif ’95” and a game not very known by people outside France: “Un Indien dans la Ville” taken from the French movie (Little Indian, Big City).
I will start with questions about “Le Journal Interactif ’94 and ’95”. 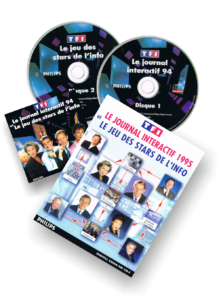 – Why TF1 decided to launch “Le Journal Interactif ’94” on CD-i?
– Why on CD-i and not in other consoles of the era like Neo Geo and Playstation?
The main objective of TF1 was to do a CD intend for the general public and for family usage. This definition was just as well to take in consideration for the subjects treated, for the communication or the adopted ergonomics as well as for the exploited park. Well evidently, the product had to touch the users again technologies but without forgetting the remainder of the population (TF1 is a general public channel). Out to the era, the multimedia PC was again of a too exclusive usage (CSP + +), expensive, complicated and rarely positioned in a family mood (example: the living room). On the other hand, the CD-i allowed to do the full screen video (main trade of TF1) and not the CD-ROM (quarter of screen maximum). The market of the consoles 32 bits was just borned. It was not excluded from our analysis. The creation was to much complicate and TF1 was not helped by the builders, in contrast to the CD-i with Philips.
In any case, it was necessary that the “TF1 CD” respects the picture of the channel. This is to say that it had to be broadcasting and use the strong symbols of the channel. The Philips CD-i respected these criterias and it was one of the rare mass supports to allow video full screen, Full Motion Video (FMV) or Digital Video.

– Philips Media France helped TF1 Entreprises in the creation of this title, under which form?
The penetration rate of the CD-i player was about 0.6% (source BIPE – October 1994). At the end of 1994, 100,000 CD-i players of which 20,000 to 30,000 was equipped with a FMV and constituted the French park and close to 1 million in the world. At the end of 1995, Philips had the ambition to attain the 200,000 to 250,000 CD-i players in France and between 2 to 2,5 million unity in the world. To the picture of SONY with the PlayStation, Philips wished to distribute his console by the offers that it put forward. TF1/PHILIPS have realized a co-production.

The mass market for this kind of titles aiming exclusively a French-speaking public did not exist again: it was a matter to occupy the land with quality titles giving envies to the biggest number to invest in this kind of equipment. For this reason, the title was not marketed in “full price” but uniquely distributed in “bundle” by Philips (at last in 1994).

The forces of a distribution promotional by bundle were the following ones:
. Complete or compatibility of the product to the selected machines for the bundle
. The selected machines had access to performance allowing ambitious technical choices (video full screen, …)
. The consumer would discover the multimedia on his new machine while using our product
. The meadow sale of an important volume of titles was assured
. A strong partnership, development tools, promotion, …)
. The costs marketing and distribution reduce
. A possible recuperation by TF1 of data from Philips users

One of the objectives of Philips was equally co-product a title while putting forward the bill-posting possibilities in Full Motion Video (FMV) CD-i players. Who better than TF1 could do video general public in 1994?

– Why to decide to create another title in the following year?
The success 🙂 ? On the other hand, the obtained competences could some left to be put back on the next titles being able to be to have realized by TF1 and for other products, as for example, the futures servers video (that them did not be again to the point, but were not going to delay the being)

– How much time it been necessary to program each of them?
Less than a year (everything included, since the first meeting on this subject to the first sales).

– Which was the reaction of the TF1’s journalists when they were informed of this project?
Good because the project was centralized by only one big reporter, Henri Chabon (it was an adaptation of the reportage for the transmission “reportage” (A French TV program).

– How many persons worked in these titles? It was the same team for the two titles?
Yes, I was the responsable of the “operational” of this project. But the team grown of a year on the other for 3 titles were realized in 1995: “Le Journal Interactif ’95” more his game, “Un Indien dans la Ville” (Little Indian, Big City) on GameBoy and CD-i. The better, is to look at the generic to determine exactly the number of intervening.

– TF1 thought to create “Le journal Interactif ’96 “? If yes, why it was never created, if no, why?
The climbed in too quick power of the costs linked to the multimedia ones (so, some risk) scared to TF1 (3, 10, 15, 25 persons… 3, 5, 20 million francs (French money) by title…). The exponential financial weight on my small shoulders of chief project pushed them to change strategy. They preferred to take 7% of TITUS, game corporation disappeared today.

– These two games themselves are they well sold?
The games of the interactive TV news? Yes. Of memory, about 50,000 pieces by year.

– TF1 had other projects for the CD-i that never was realized?
I do not believe. 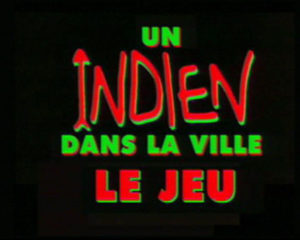 – TF1 and Philips Media France launch several VIDEO-CD’s between 1994 to 1995. Why to have you created a game fo this movie? Why other VIDEO-CD’s launched by TF1 does not contain based games on the movies?
Two reasons to these questions. A structural one, for all the others CD-i was realized by TF1 video. The other because Thierry Lhermitte had come to see us to do a CD-i game of the movie, as a good experience of the CD-i that we had and with the space remained on the disc 2, we did a rock 2 blows.

– Do you think that the advertising concerning this special VIDEO-CD (for containing a CD-i game) was sufficient?
I do not remind. But I know that I will have preferred that TF1 be more audacious concerning the game for GameBoy that it was very required (1,5 million consoles to the era and a big success of the movie “Un Indien dans la Ville” on the target 6-11 years)

– Is this the same team from “Le Journal Interactif” that worked on this game? How much time it been necessary to program it?
The same from the TV news title. The development was done by IDP. But in this kind of production, the development is of course an important point but not the main one. 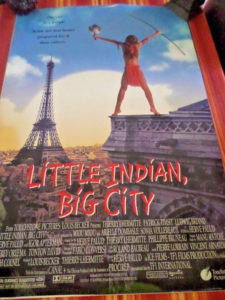 – This VIDEO-CD sold well?
I do not remember. But the body of the 3 titles combined was a very beautiful success.

You are free to add any other information you may think be useful for our knowledge.
Surely… but now, it is late and I am tired 🙂 . Maybe another time

Thank you for accepting this interview and wish you a good night full of sweet CD-i players!
Thank you too, good night.

Olivier was interviewed by Omegalfa on 7th December 2005. 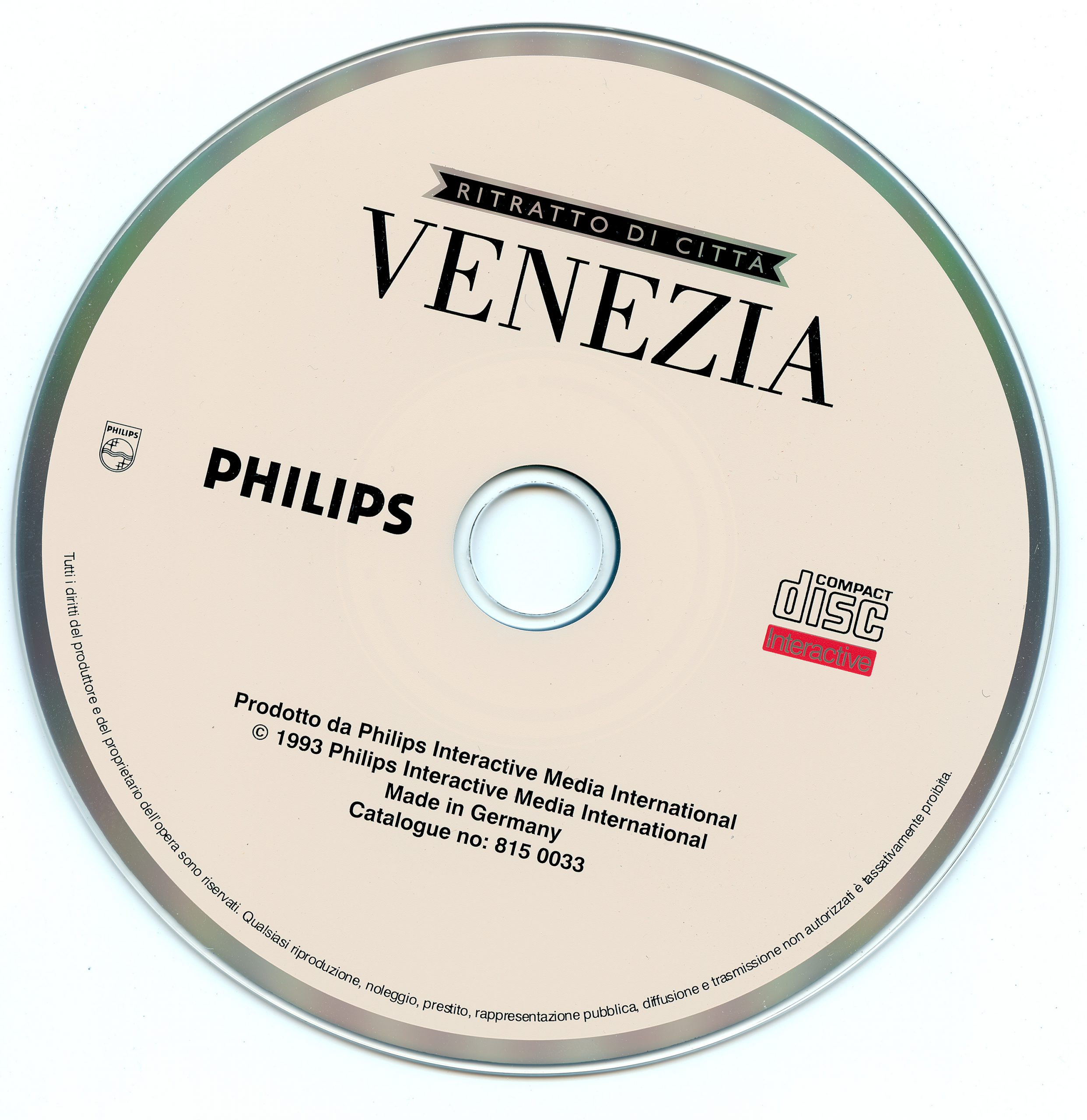 Pictures from the Web (CDi relate …by DataProNew CDi title : 1995 - a portfolio a glamour nude girls by the ph … Read More6 days ago, 3 Answers

[BUY] Looking to complete US CD-i …by benaiahHello everyone, I need six more titles to complete my US CD-i libr … Read More2 months ago

How do you feel about Blu-ray?by misthaluI don't think VCD's ever offered interactive content. … Read More3 months ago, 2 Answers