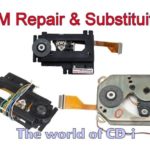 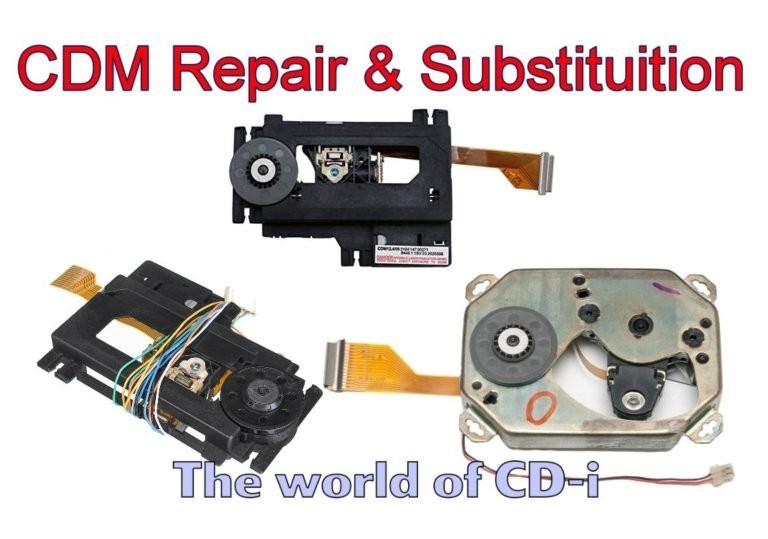 What is a CDM?
Let be the most simplest as possible.
The CDM is the CD loading mechanism system.
So, we are not talking about the tray that bring the CD in and out from the player (only for players with this system), no.
We are talking about part that include the lens and the motor to rotate the disc.

Philips developed many CDM versions, you can define if it is old or recent by checking the number version.
The diferent versions are CDM 0, CDM 1, CDM 2, CDM 3, CDM4, CDM 1 mkII, CDM 9 and CDM 12.
Inside each category you will find a lot of variants. You can define a variant looking at the number placed after the version, for example: CDM 4.18, CDM 4.19, etc…

Which are the CDM used for the CD-i players?
Philips used the most recent CDM version when the CD-i players was produced, and sometimes, due to compatibility, space or low-cost, they used older versions for newer models.
You will mainly find 3 CDM versions. CDM 9, CDM 12.1 and CDM 12.4. 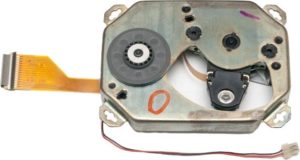 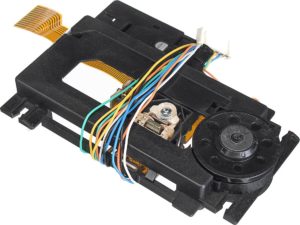 How do I define the CDM I need?
To define which CDM you need to buy, look at one of the sides of your player’s CDM, you will find a little sticker with many information like the one on the following picture.

If you don’t have access to the sticker or you are afraid of removing the piece, look at this following list (also available at ICDIA). Search your CD-i model player to define the CDM version.
Remember, the 2 numbers after the model are very important to avoid getting the wrong CDM. For example, if you own a 210 player, verify the following numbers 210/20 or 210/40.

If you own others models with a different number termination, you will have to check directly on your CDM sticker to define the version.
We really appreciate if you can tell us your models and versions if not listed here to get it as the most complete as possible to help others.

IMPORTANT NOTE
There is a very high possibility of the problem not being the CDM, but with the CDM only…
Let me explain, most of the common problems are just the CD Turntable (where the CD is placed) stuck for any reason. It can be due to bad shipping accommodation after buying a player on the web or pressing to much the CD on a 450 model or even other reasons.

Usually people aim to a CDM substitution when the CD do not spin.
I wrote another article about this subject, take a look.
I had to change a few CDM, but the main reason in all of them are the flat cable damaged. I never got a dead motor. 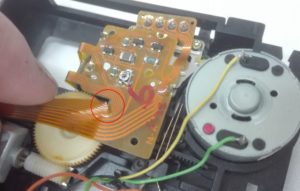 Having a problem with your CDM may the following issues appears:
1) ERROR or ERR on the digital display.
2) No spinning CD (only the lens are searching for the CD).

NOTE:
Even if you use your fingers to rotate the CD Turntable, it will turn, but the motor do not have enough power to make it rotate.

The most regular problem is the #2.
To unstuck the Turntable, use a thin metallic piece (kitchen knife for example) and slowly, all around the CD Turntable equally, create a a space about 1mm (millimetre) between the CDM and the CD Turntable, like in the picture. 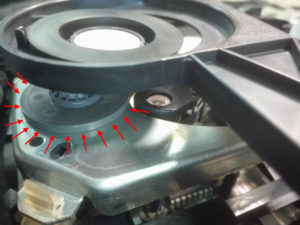 Motors
The CDM have 2 motors, 1 for the lens position for the reading and 1 for disc rotation (spinning).
Even if you don’t see the disc spinning, but you see the lens going forward and backward with the lens moving up and down, then, this motor is working fine.
The 2nd one will work with a very low voltage, depending on the CDM version, between 5 to 8 Volts. you can measure it in Ohms to check if any wire from the winding isn’t broken. It is not something that happens often.

Lens calibration
If the CD is still not, there is still another thing you can try, the lens calibration. This is not something that happen many times, no, but it can happen.
Using a small screwdriver, rotate very slowly to the left or right until the CD start spinning.
This potentiometer (regulator) is placed in the other side of the CDM so you will have to remove the CDM regulate it with wires connected, player on.

NOTE:
The CDM is already calibrated, even the new ones you will buy. There is no need to calibrate the new ones, I even recommend not to do that to avoid permanent damage to the lens or to the player.
An oscilloscope in needed to verify the curves to get a perfect focus, this part is just the professionals.

Still not spinning?
If it is still not spinning, then, Google it and find one. I recommend to avoid the ones made in China to get a better product, but if you can’t, the most important is to get a working CD-i player.

CONCLUSION:
The 1st thing to do it to unstuck the turntable (CD older) like showed above. This is the most common issue.
After than check the wires and the flat-cable.
Usually, after that to avoid losing time, buy a new one after your CDM being well identified.

NOTE:
Other websites have tutorials to help you. I don’t trust people who just write solution when they never tried it themselves, they want to help, but some of them is only in the search of being recognized by others. They are amateurs who never confirmed what they wrote and the consequence of it on a CD-i player and accessories can be catastrophic.

Ask always to people who really do repair CD-i, and in this case, beside The World of CD-i, I highly recommend you to take a look at RetroStuff, run by Rosewood.

Good luck and feel free to contact us if you need help! 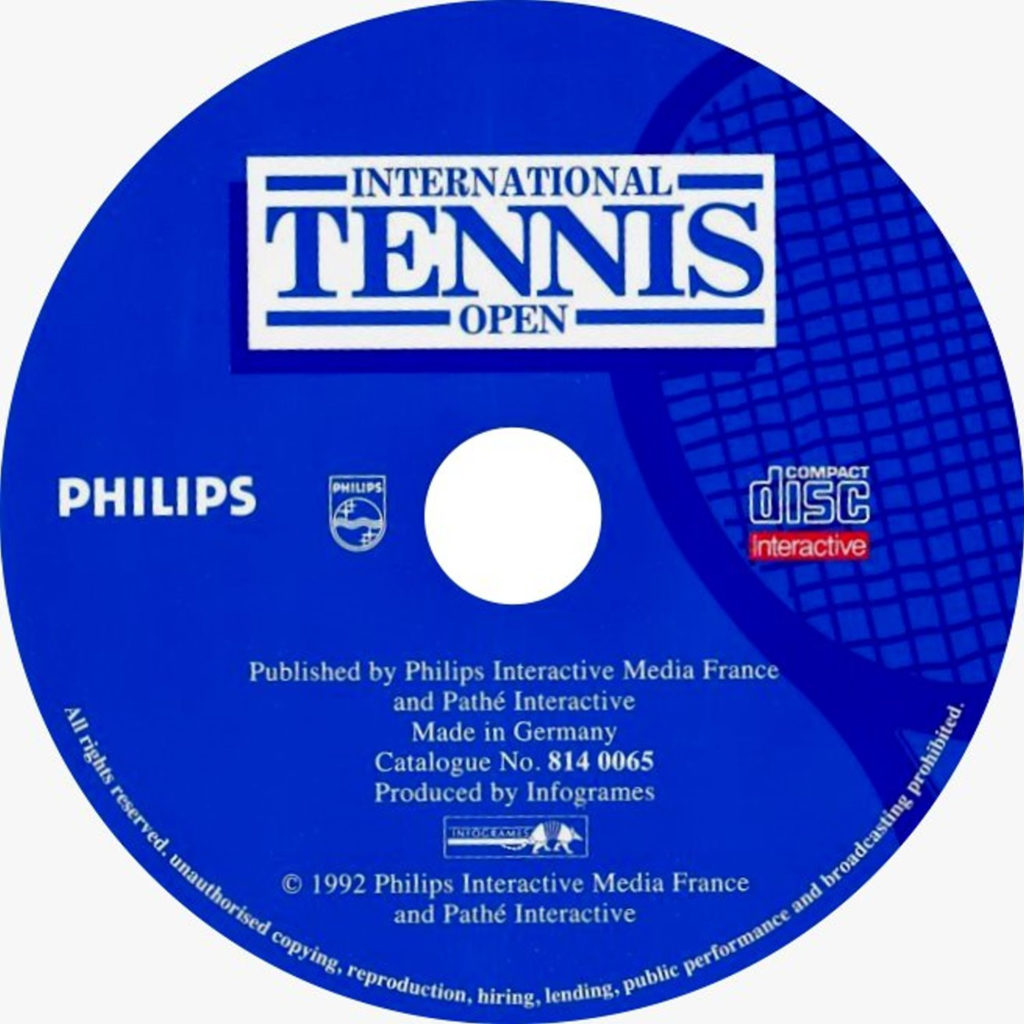